THE FOXLODGE COMPLEX PASSED THE EXAM WITH EXCELLENT NOTES 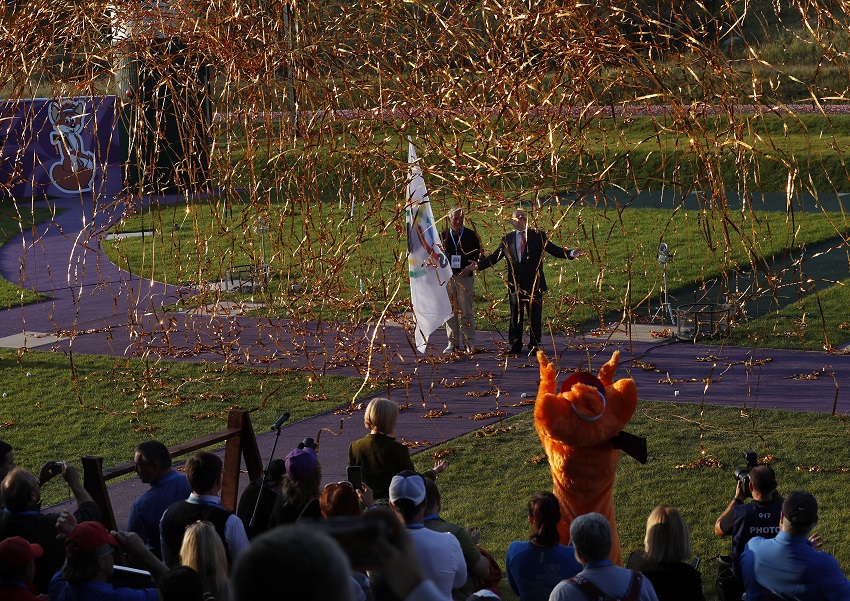 The 2017 ISSF World Championship Shotgun opened for the shooting community a new superb facility - the FOXLODGE complex in Moscow Region, Russia. All participants of the Championship were amazed by the infrastructure of the facility and the organizational level of the event. Mr. Robert Mitchell, the ISSF Executive Board member, who has been involved in different capacities in organization and celebration of the ISSF supervised competitions since 1986 said, for example, that it was the best organized World Championship ever.

During the last three days of the Championship the medals in Skeet were disputed. The European athletes, again, were very successful. The 2016 Olympic Champion Gabriele Rossetti from Italy won gold in the Men's event. He was followed up by Vincent Vaaga from Germany and Georgios Achilleos from Cyprus. The Skeet Women event was won by Dania Jo Vizzi from the USA. But the silver and bronze medals went, respectively, to Albina Shakirova from Russia and Andri Eleftheroiu from Cyprus.

Emil Kjelgaard Petersen from Denmark finished on top of the podium in Skeet Men Junior competitions. Elia Sdruccioli from Italy was second, Nikolas Vasililiou from Cyprus - third. It was only in Skeet Women Junior that the European shooters allowed Kathatina Monica Jacob, Austen Jewell Smitt and Samantha Simonton to win the complete set of medals for the USA.

The culmination of the Skeet competition was the Mixed Team event where the Russian duo Nikolay Teplyy and Nadezhda Konovalova outscored the USA pair Hayden Steward and Dania Jo Vizzi 30 to 27 before the overcrowded tribunes. All tickets for the day were sold out! The bronze medals went to Tammaro Cassandro and Katiuscia Spada from Italy.

All the Finals in Men's and Women's events were shown live on the Russian TV.