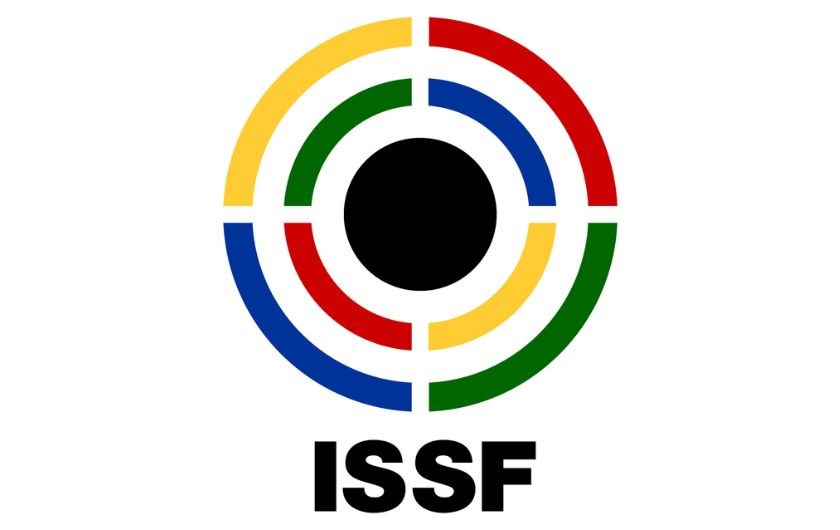 The ISSF General Assembly is approaching. Elections of the ISSF President will take place. There are two candidates: the current ISSF President Vladimir Lisin and the President of the Federazione Italiana Tiro a Volo (FITAV) Luciano Rossi.

Several days ago, Mr. Rossi has sent out to the Member Federations letters informing about his vision of the ISSF future named “Time for Change!”

I want to take the opportunity to comment on both the content and the manner of his letters to you. I understand perfectly well that during the last years there were changes to the leadership within several ISSF Member Federations and new colleagues appeared. Hence, I believe that the following information will be very interesting for everyone.

Regarding the content, Mr. Rossi’s implication is that ISSF needs fundamental updates.

Allow me to make a short excursion into the history and remind about the activity of each of the candidates in our sport. Especially, since I was direct participant or witness of many events described below based on my activities within the international shooting sport family over a decade.

In 2009, he was elected President of the European Shooting Confederation (ESC) for the first time, defeating Mr. Rossi with a significant advantage. After that, he was re-elected to this position twice in 2013 and 2017.

Vladimir Lisin is well-known in the IOC and the Olympic Movement. From 2007-2014 he was part of the IOC Commission on Culture and Olympic education. Since 2015 he has been a member of the IOC Marketing Commission. In 2022 he became member the IOC Revenues and Commercial Partnership Commission.

In his time as ESC President and since 2018 as ISSF President, he was in particular responsible for the following important developments for our community:

•    Author of the concept of the Shooting Theatre, i.e., the design and preparation of the Final halls and ranges. This concept was put into practice for the first time during the 2011 European Championships 10m in Brescia. This is now the standard for ISSF competition Finals.
•    Creation and inclusion of Mixed team events in the official ESC competition program, both in Rifle/Pistol and Shotgun disciplines enabling ISSF to keep 15 events in the Olympic program after the 2016 Games in Rio and thereby securing ISSF’s amount of revenue share for the future.
•    Support to the organizers of the European and ISSF championships,
•    Development of the European Youth League
•    Promoting TV broadcast of shooting events (e.g. broadcasting of the shooting competitions in Eurosport, education of national TV crews, sponsoring technical access of partners to the European Broadcasting Union satellite).
•    initiator of the European Games,
•    Implementation of the principle of gender equality.
•    Organizing and sponsoring final tournaments for the athletes with prize money coming from his personal means.

And most importantly for the future of our federation: Under the leadership of President Lisin the Olympic future of the shooting sport has been guaranteed for many years to come. A trustful working relationship has been built with the IOC. ISSF has become open to every Member Federation. Not a single message, not a single request remains unanswered but is thoroughly considered. You can meet and talk with the President during competitions. Our sport has gone beyond shooting ranges and become visible to a wide audience. The broadcasts of the finals began to meet the requirements of the modern viewer. A new Constitution has been adopted that significantly enhances the role of the Continental Confederations. Qualification for the Olympic Games in Paris has begun.

Much attention has been paid to development. The President, as promised, created a multimillion dollar-Fund based on his own funds. 93 national federations from all continents, including 42 European ones, were among the beneficiaries of the Fund's programs.

I am convinced that the Development Fund will continue in the next four years.

In all the minutes of the Executive Committee meetings during those 20 years there is no single mentioning of any ideas or innovation presented by him, no proposals on optimization of the competitions’ program or modification of events. He did not pronounce a single word about transparency of the administration or financial policy. He did not bring in personally a single sponsor of the ISSF. Then, obviously, it was not necessary to talk about "time of change"!

Still, in 2016 Luciano Rossi demanded from the then ISSF President Olegario Vazquez Rana to proclaim him as successor for the position of the ISSF President. Upon the refusal of the then ISSF President he immediately launched an attack on the previous ISSF leadership. He started to send out letters to the Member Federations accusing the leadership of change of priorities in the development of the shooting sport and plans to substitute firearms shooting with laser shooting. Then, in 2017, he initiated a call for an Extraordinary General Assembly (EGA) to challenge the ISSF Executive Committee decision to the IOC shooting sport program proposed for the Tokyo 2020 Olympic Games.

It was a waste of time and money. By the day of this EGA, the IOC Executive Board had already approved the ISSF proposals on the program for Tokyo 2020. The financial reports show that the ISSF spent about 500.000 Euro on preparations and holding of the EGA to satisfy ambitions of Mr. Rossi. This amount does not include expenses of the Member Federations.

Investigations of the ISSF Ethics Committee revealed that Mr. Rossi was in a conflict-of-interest situation when he opposed to the chances of the ISSF shooting events program at the Olympic Games. In fact, in the appeal proceedings instigated by Mr. Rossi the CAS confirmed that Mr. Rossi had own commercial interests in the retention of the double trap men events which he failed to formally and specifically disclose to the members of the ISSF despite the respective duty to do so, in particular for the purpose of the EGA in 2017. In consequence, CAS inter alia suspended him from his office as ISSF Vice-President for several months and imposed a fine in an amount of EUR 50.000. The ISSF expenses for the Ethics Committee amounted to more than EUR 300.000.

Shortly before the 2018 ISSF elections he brought up a story regarding a personal threat to the security of his family in connection with the ISSF General Assembly, Munich, and demanded from the ISSF itself to organize police escort during his stay in Munich. The investigations came to nothing, of course.

Having lost the 2018 ISSF elections to President Lisin, Luciano Rossi lost also any interest to participation in the ISSF activities. In particular, he was proposed to head a Working group on modification of Double-Trap but refused, referring to being busy.

Meanwhile, he appealed to CAS challenging the outcome of the ISSF presidential elections. After five months of the proceedings, and shortly after receipt of the detailed response of ISSF with regard to his allegations, Mr. Rossi withdrew his appeal. CAS ordered to him to cover the costs of the proceedings and the ISSF legal expenses.

This comparison of President Lisin and Mr. Rossi should already provide the ISSF Member Federations with the full picture of what to expect from the respective individual with respect to the promotion and development of the shooting sport and the ISSF.

However, it should be noted with disgust that Mr. Rossi decided to politically instrumentalize the dramatic and tragic events in Ukraine for his personal benefit by spreading false allegations and at the same time ignoring both ISSF’s exemplary way to implement the IOC recommendations and President Lisin’s well-known anti-war position. This cannot remain unanswered.

It was under the leadership of President Lisin that the ISSF Executive Committee decided to fully support the IOC recommendations and banned Russian and Belarusian athletes and officials from any ISSF competition.

It was under the leadership of President Lisin that ISSF expressed its full support to the people of Ukraine as well as the athletes and the Shooting Sport community in Ukraine and meanwhile transferred almost EUR 1 million to the Ukraine shooting family from means of the ISSF Development Fund.

It was President Lisin who publicly urged the Russian government and other leaders to find a peaceful, diplomatic resolution very soon, and still is forced to clarify in view of slanderous and unproven allegations like from Mr. Rossi that his company NLMK does not work for or with the Russian military-industrial complex and focuses solely on products for general civilian use.

It was the President of the IOC, Thomas Bach, who repeatedly made the following very clear:

“There is no justice if you paint everyone with the same brush. This would even be counterproductive because it would play into the propaganda of those who are claiming that sanctions are just a part of a wider conspiracy directed against their country. By the way, our approach is in line with the governments who are also bound by this rule of law when it comes to their sanctioning measures. Also they cannot sanction individuals only because of the passport they hold.”

These statements underline the obvious: the Olympic Movement must not discriminate people only for their nationality, because of a war initiated by a government. Obviously, the IOC has never asked President Lisin to “step down” as a member of the IOC Marketing Commission or the IOC Revenues and Commercial Partnership Commission let alone as ISSF President.

Mr. Rossi, however, chose to discredit a candidate based on nationality while also degrading to fabricated slander. It is Mr. Rossi who is recklessly putting personal ambitions over the most important values of the international shooting family enshrined in the ISSF Constitution and the Olympic Charter.

The forth coming elections are the last chance for Luciano Rossi to remind of himself. After 2024 he will stop to be even FITAV President. He will finally leave the stage for good.