The new Technical Committee will be elected in Baku in October 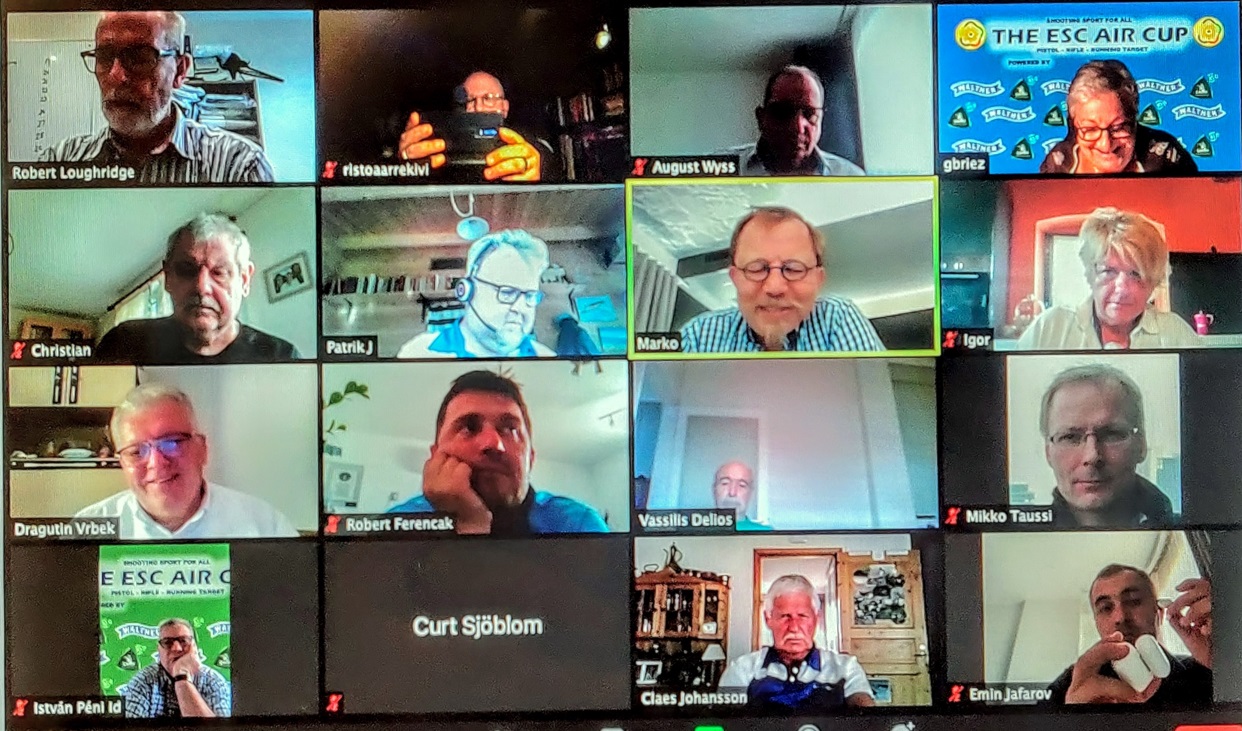 The period of the ESC Technical Committee will finish in October 2021 after General Assembly, when the new members will be elected in Baku. The current Committee had the last meeting on Tuesday (6th July).

The Chairwoman Mrs. Ghislaine Briez thanked in the end of the meeting all the current members for good work and reminded that committee places are not honorary places. - We need still working hands and feet in the future, Briez said.

The applications for the Committee and Presidium candidates must be sent to ESC Headquarters latest 21st of July.

The ESC Technical Committee reminds that the clubs and athletes have time until the 1st of August to confirm their participation of the Super Final.

The Technical committee reminds that if they have not received the participation confirmation from the qualified athletes, the committee will invite the athlete who is next highest on the result list.

The Air Cup sponsors, Carl Walther and Capapie will award the winners with their products (air pistols, air rifles, rifle suits, shoes etc). All finalists will be awarded by Capapie products too.

The 25m Pistol Lapua European Cup is running well. The second round will be organized during the coming weekend in Estonia. There will be participants from seven countries, also athletes who are going to Tokyo Olympic Games.

The 25m Pistol Lapua European Cup will be competed in Châteauroux on 17-19th September. There will be two Finals, first the 2020 Finals, which were rescheduled due to the COVID-19 and then the 2021 Finals.

The European Youth League Championship Pistol and Rifle will start again after one year. There will be regional qualifications and the Final will be organized in Budapest in October 2022.

European Youth League training camp for Shotgun is also on the working list. That will take place on 2022.