The opening ceremony in live from Gyenesdiás 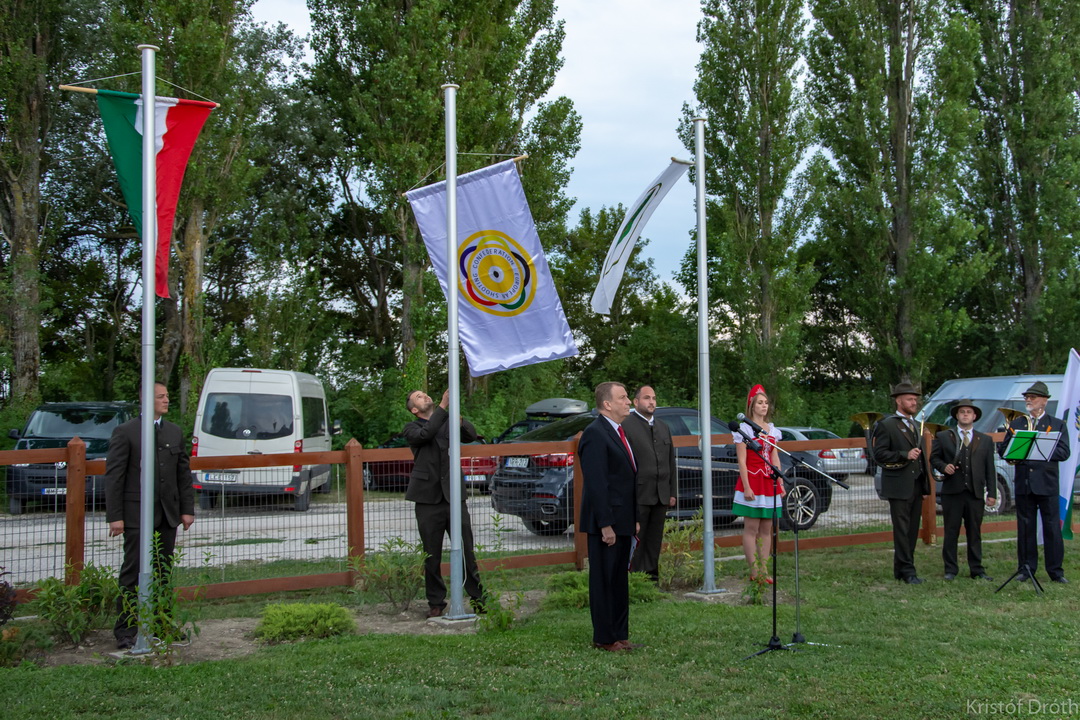 The house of nature in Gyenesdiás offers not only an insight to the Fauna and flora of the forest and the Keszthely’s mountains, but was for today the theater of the opening ceremony of the European Championship of Running Target 50 m.

A special guest has been invited to this ceremony: Dr. László Hammerl won gold medal in running target at the Olympic in 1964.

György NAGY, President of the Hungarian shooting federation and member of the ESC presidium welcomed all participants & officials, and underlined the tradition of running target discipline in Hungary and especially in Gyenesdiás.

Lajos GAL, mayor of the city, was particularly proud to highlight that the shooting range exist for more than 55 years in Gyenesdiás.

László VARGA, managing director of Bakonyerdo, co-organizer of this European Championship could largely remind his continuous sponsorship of the running target shooting association, since its construction of the shooting range in the late 60’s, supporting the athlete’s detection and training. He also rewarded Veronica MAJOR who won her quota for qualifying to Tokyo 2020 OG.

Pekka Kuusisto, Vice-President of the ESC, underlined that Hungary is a trend setter in running target shooting, the coming change of name of running target to moving target. He had honor, in the name of the ESC and his President Mr. Lisin, to declare the championship as “open”.

Earlier in the afternoon, the technical meeting was the time for the last clarification for the roll-out of this competition, especially for the mixed team, allowing athletes from two different countries and granting prize money as for all other mixed-team events.

“On Wednesday, the athletes will take the first role!“