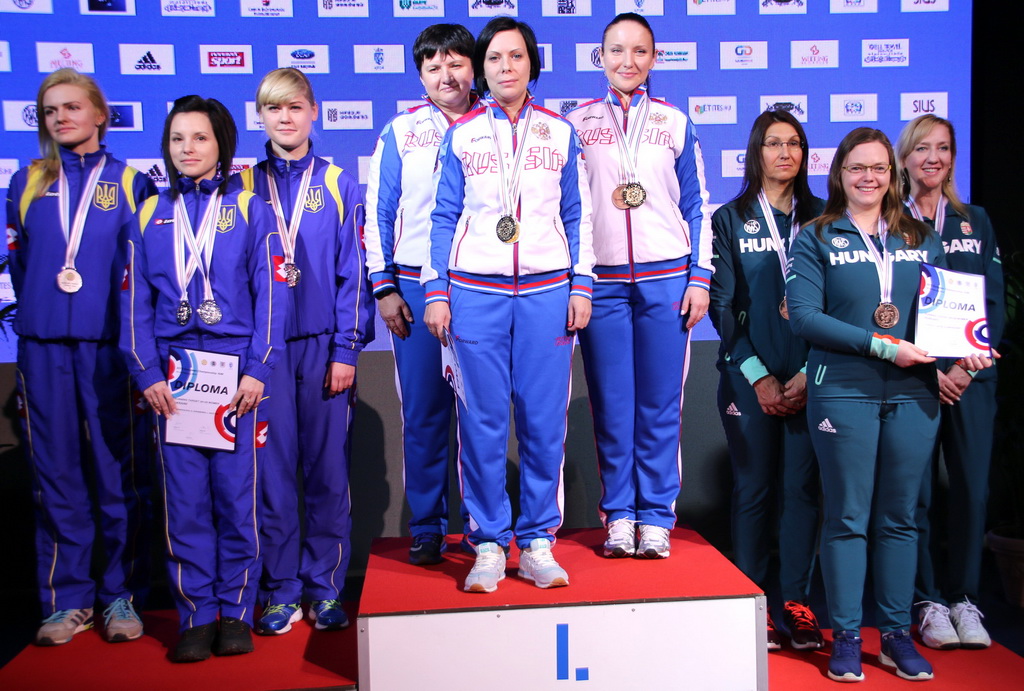 Running Target is also a part of the European Championship program. The RT athletes started their job also today. First events were 10m Running Target Men and Women where athletes shoot first so called slow runs (30 shots) and then 30 shots fast runs. After Qualification comes the semifinals and medal matches.

In men’s 1 Semifinal met Jesper Nyberg (SWE) and Maxim Stepanov (RUS). When Nyberg-Stepanov match was 4-4 the other of target systems broke down at the Finals hall. After 30min. preparations the Technical Delegate made the decision to move all the finals to the qualification hall and start the semifinals from the beginning.

This meant that the bronze match will be duel of two Russians and Gold match duel of two Swedish athletes. In bronze match Stepanov beat Prianishnikov with the result of 6-4. In Gold Match Martisson ruled the beginning and led already 5-1 but then Nyberg got new energy and won two next shot. The third breaking shot gave the result and gold for Martisson with result 6-3.

In women’s gold match the winner was Russian Julia Eydenzon who beat Ukrainian Viktoriya Rybovalova with result 6-4. In semifinals Eydenzon beat her team mate Olga Stepanova. In semifinals Rybovalova was superior against Hungarian Veronika Major who lost the match 6-0.

In bronze match Stepanova did not give any possibility to Major and beat her 6-2.