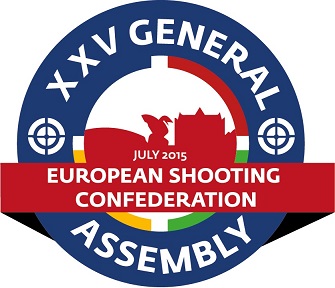 Two months are left till the XXV Ordinary General Assembly of the European Shooting Confederation. It will take place in Ljubljana, Slovenia on July 18-19, 2015. All ESC Member Federations are invited to attend the meeting.

The Agenda of the General Assembly is very intense though it is not an elective one. Among the main matters for discussions and decisions are reports of the President, Presidium and Organizers of the European Championships in 2015-2017, information on the results of the 1st European Games in Baku, Azerbaijan, presentation of the joint “Development program” with the ISSF Training Academy, membership matters, voting on Organizers of the European Championships in 2018-2019.

The Official Invitation, the Events Schedule, the Agenda, the Delegates/Observers from, the Warrant of Attorney and the Registration form can be found here.