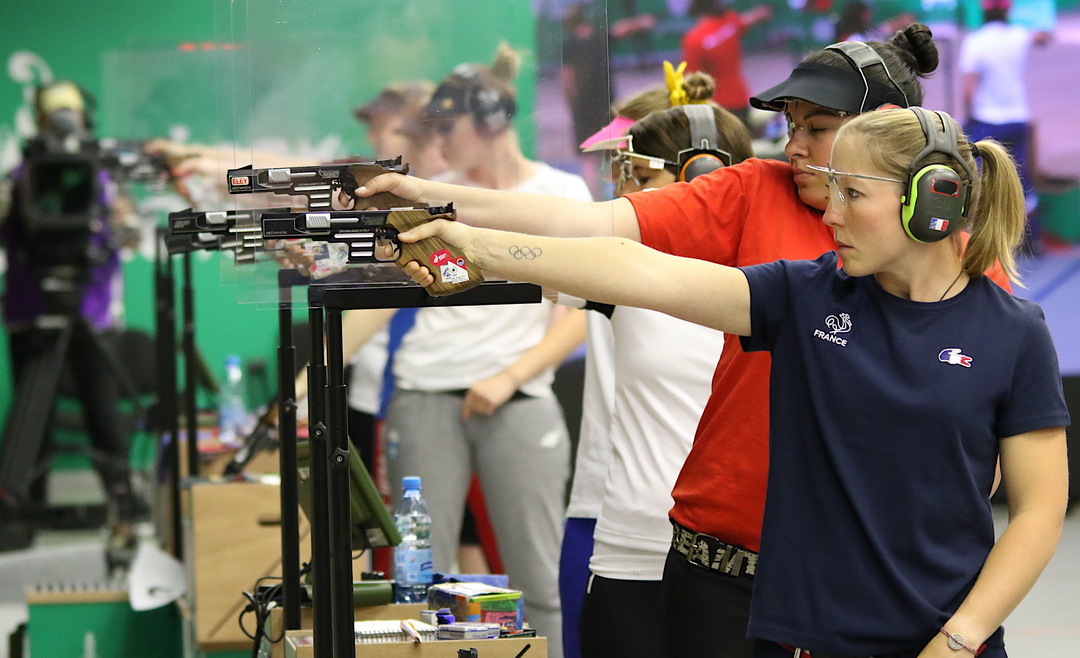 Greek Anna Korakaki show her greatness and won the final. It was not easy final for Korakaki while Swiss Heidi Diethelm Gerber fought as mother lion that is defending her babies. The final ended finally after shoot-off, which ended finally 3-2 for Korakaki. Heidi Diethelm Gerber won silver but also a quota to Tokyo. Their both result before shoot off was 35 hits, which is a new European Game Record. Third was Bulgarian Antoaneta Boneva with result 31. She competed from the silver but lost the shoot-off against Diethelm Gerber.

The 50m Rifle 3 position was triumph of Sergey Kamenskiy

Kamenskiy’s shooting is as strong as the play of old Soviet Union Ice Hockey team. They did what they wanted and scored when they wanted and won. Kamenskiy is such athlete that who could be an idol for all. Good behavior, excellent talent, calm but humoristic.

Today he showed his power to all. He was leading the whole final except moment after thr second series. But what did he do? He shot better in the next series and won the gold before Belarusian Yury Shcherbatsevich with result 461.6 (Kameskiy’s qualification result was also excellent: 1182). Belarusian lost 0.7 points. Even he lost the gold he won the quota to Tokyo. The third was Hungarian Istvan Peni with result 450.6.

German Oliver Geis won gold after exciting moments. He fought against two French athletes who were leading both during the competition. Geis made nice 4-5 hits series and finally passed the French athletes. His victory result in the final was 33 hits, which is equal European Games Record.

French Jean Quiquampoix competed strongly too, but he has to bend with one hit finally. His result was 32 hits. Third was Quiquampoix’s team mate Clement Bessaguet with result 26.