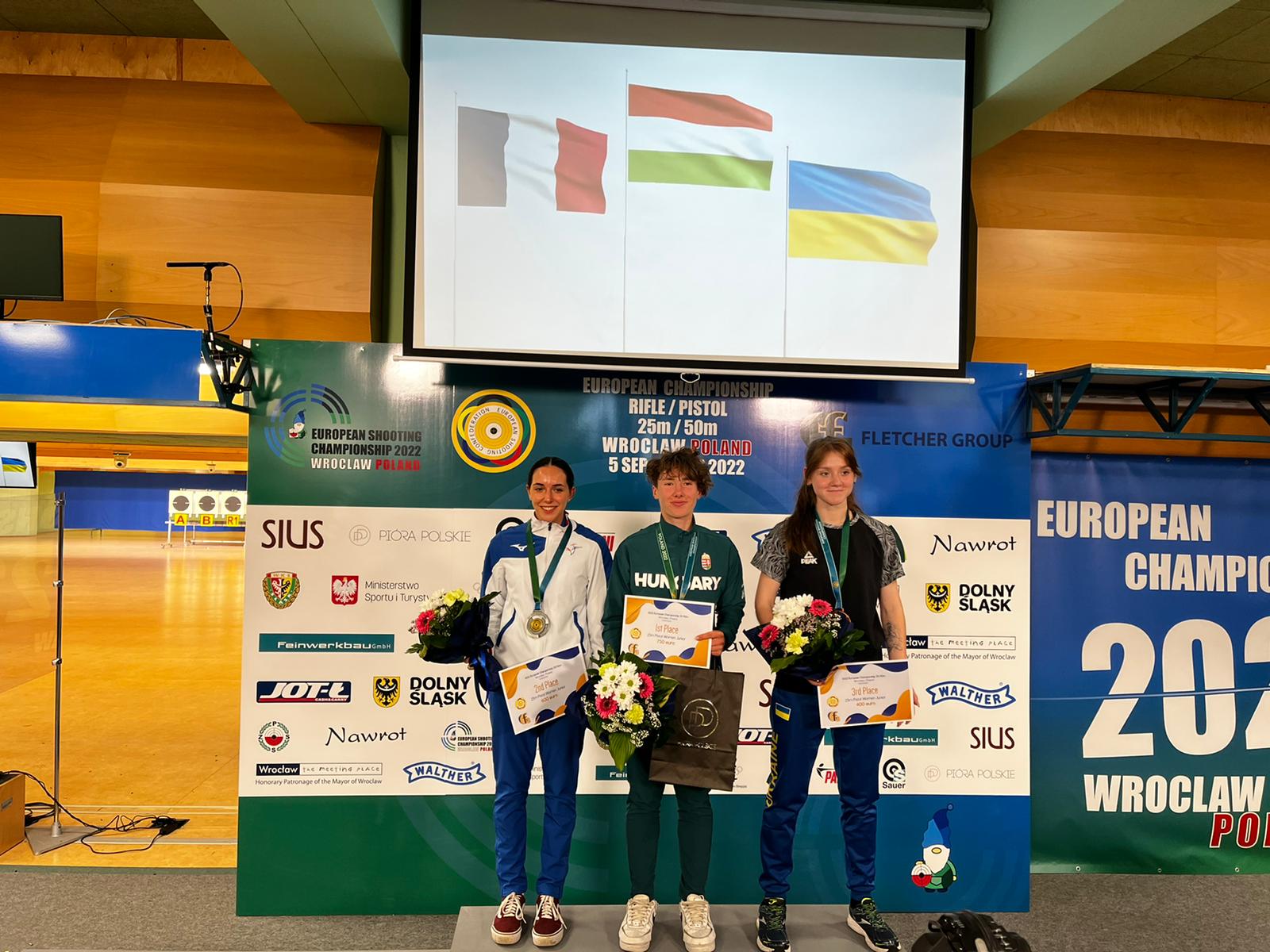 On the Day 2 of Wrocław Championship young athletes competed in 3 events. All Finals were full of emotions and tense struggle.

In 25m Pistol Women Junior event Miriam Jákó from Hungary took the 1st place showing excellent result. She was ahead of her runner-up Héloïse Fourre from France by 5 points. Viliena Bevz took the 3rd place, and she was one of 3 Ukrainian athletes taking part in Ranking Matches. 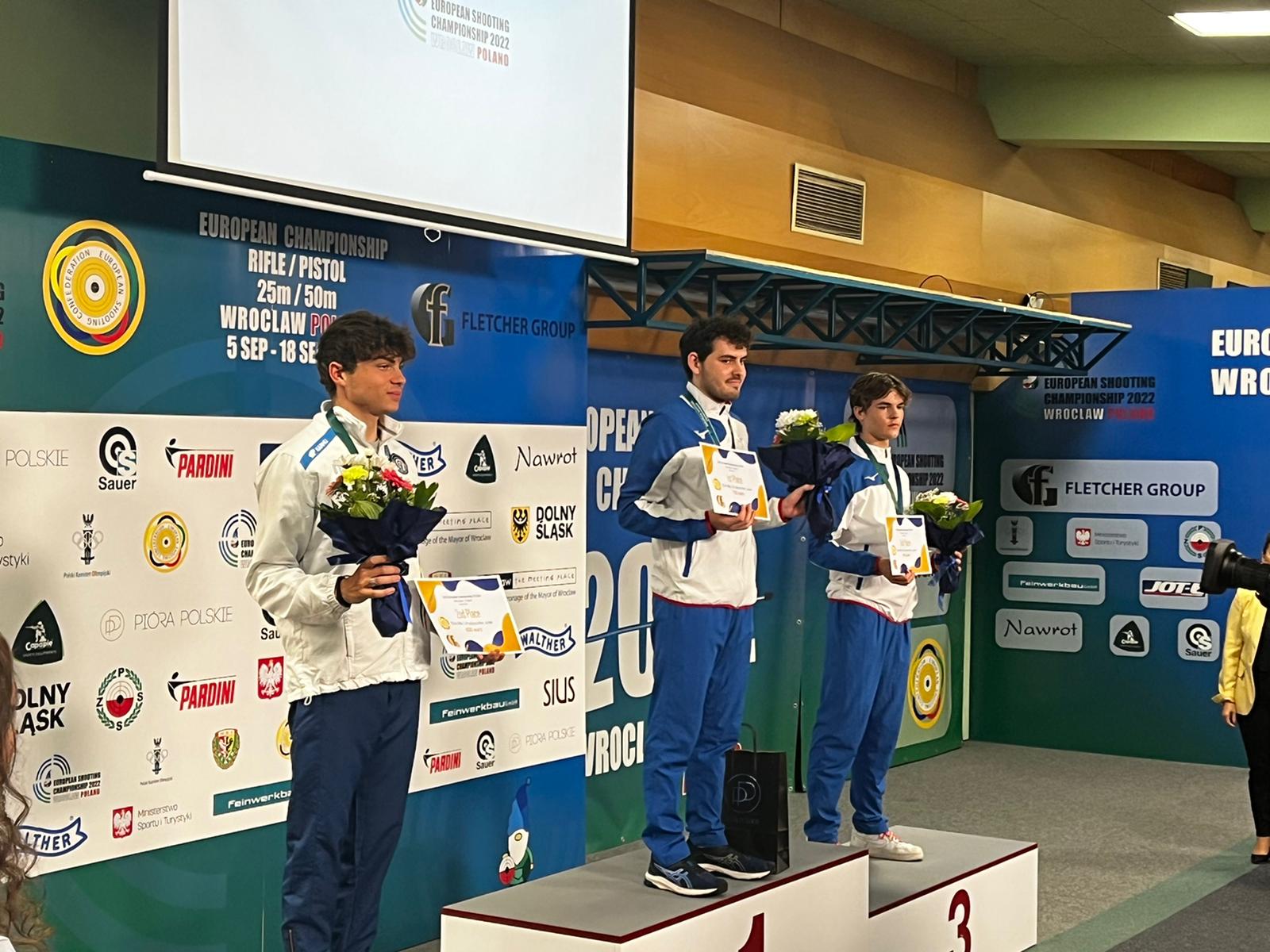 In 50m Rifle 3 Positions Men Junior event Nathan Bailly from France became the best with a difference of 4 points ahead of his rival Edoardo Bonazzi taking the 2nd place. Another representative of France – Romain Aufrère – became the 3rd. 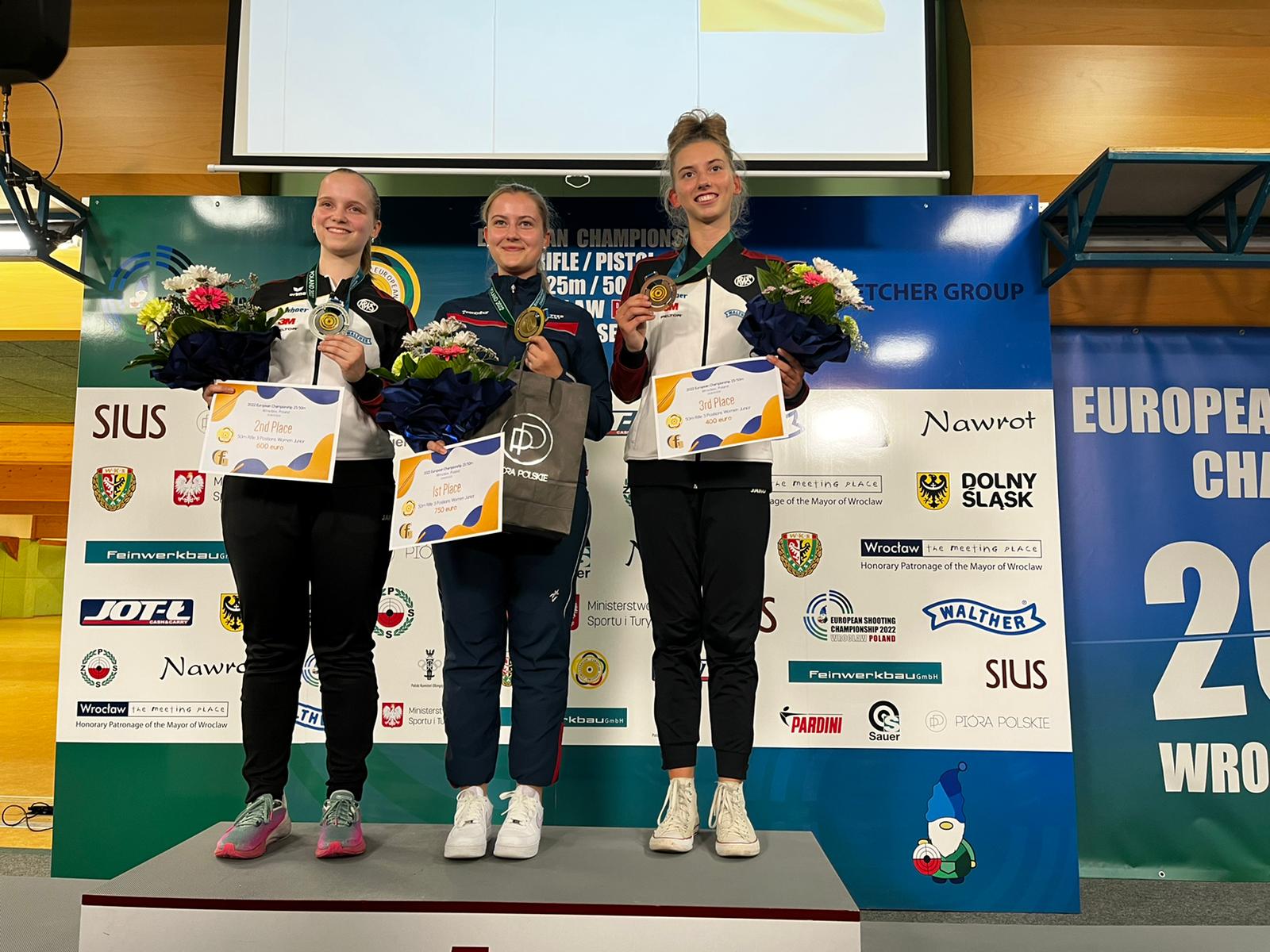 In both Rifle 3 Positions Gold Medal Matches the fight went on until the last shot! What a strain and intrigue!