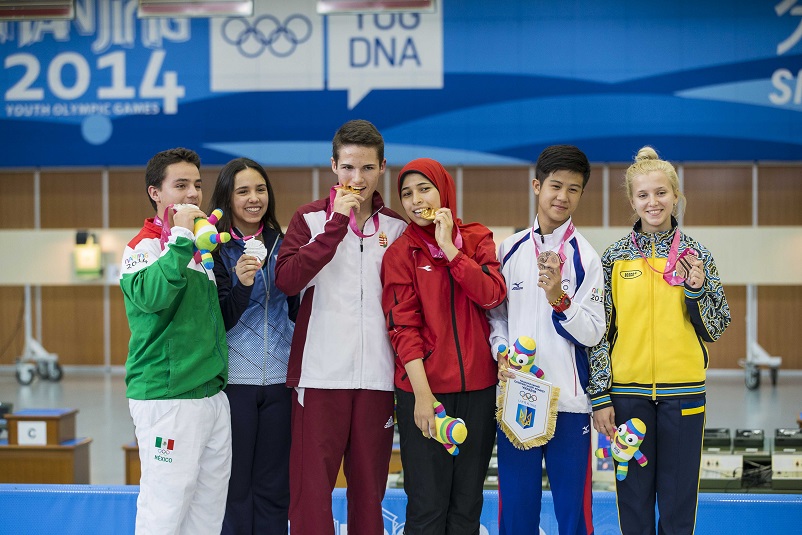 Istvan Peni from Hungary got the gold medal. In pair with Hadir Mekhimar from Egypt he won the 10m Air Rifle Mixed International Teams event. In the Gold Match they beat Fernanda Russo from Argentina and Jose Valdes Martinez from Mexico with a score 10:2.

Victoriya Sukhorukova from Ukraine got the bronze medal. In pair with Lu Shao-Chuan from Taipei she beat Agata Alina Riccardi from San-Marino and Andrija Milovanovic with a score 10:6.

In total, 11 young shooters from 10 European countries return from Nanjing with medals of the 2nd Youth Olympic Games. Five of them managed to obtain the title of the Champion!