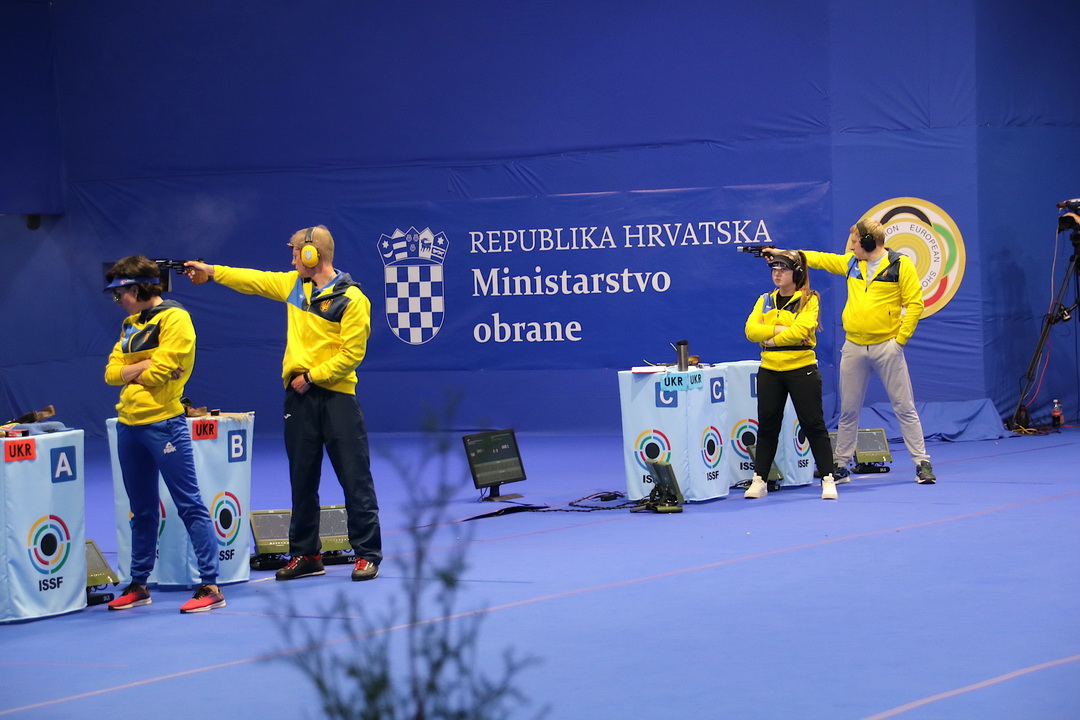 In the Qualification the best team was Ukraine 1 with the same result 563 (18x) as Russian Federation 2. Ukraine 1 was third and Italy fourth and Russia 1 fifth.

These five teams competed finally for places in Medal Matches. Ukraine 1 was best and achieved the Gold match place with their teammate team Ukraine 2, who managed to pass Russia 2. Italy and Russia 1 to the Bronze match.

In the Gold match Ukraine 1 showed their skills and won their team mates superior. Result 9-1 does not leave any place for explanations. The Victory team consisted of Yulia Korostylova and Oleksander Petriv.