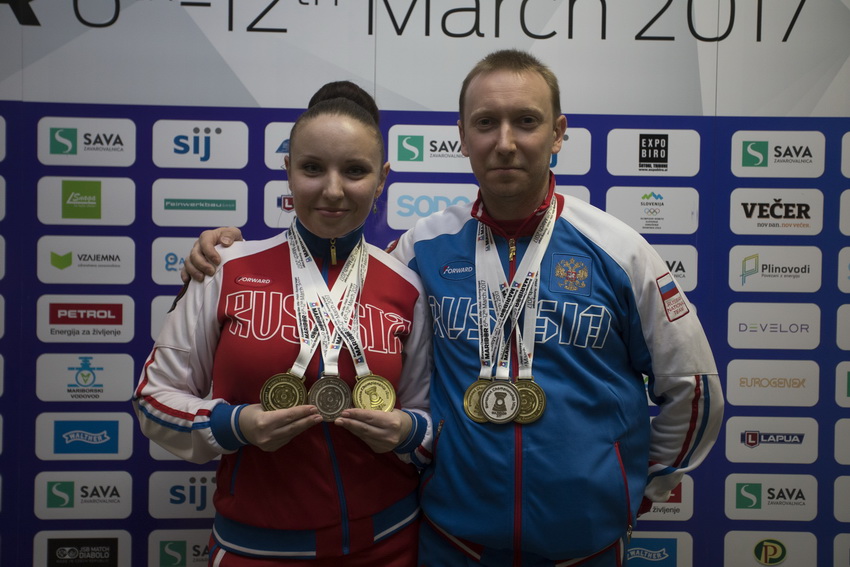 Until the third day of the European Championship 10m in Maribor Slovenia Olga and Maxim Stepanov from Russian Federation jointly won six medals.

Olga and Maxim are siblings and they compete in Running Targets discipline. They both won silver medals in individual competition and add two golden medals in team competitions each. Even if there is one day of competitions left in this year's European Championships, we could state with certain degree of confidence that they became the most successful family at the European Championship 10m held in Maribor, Slovenia.