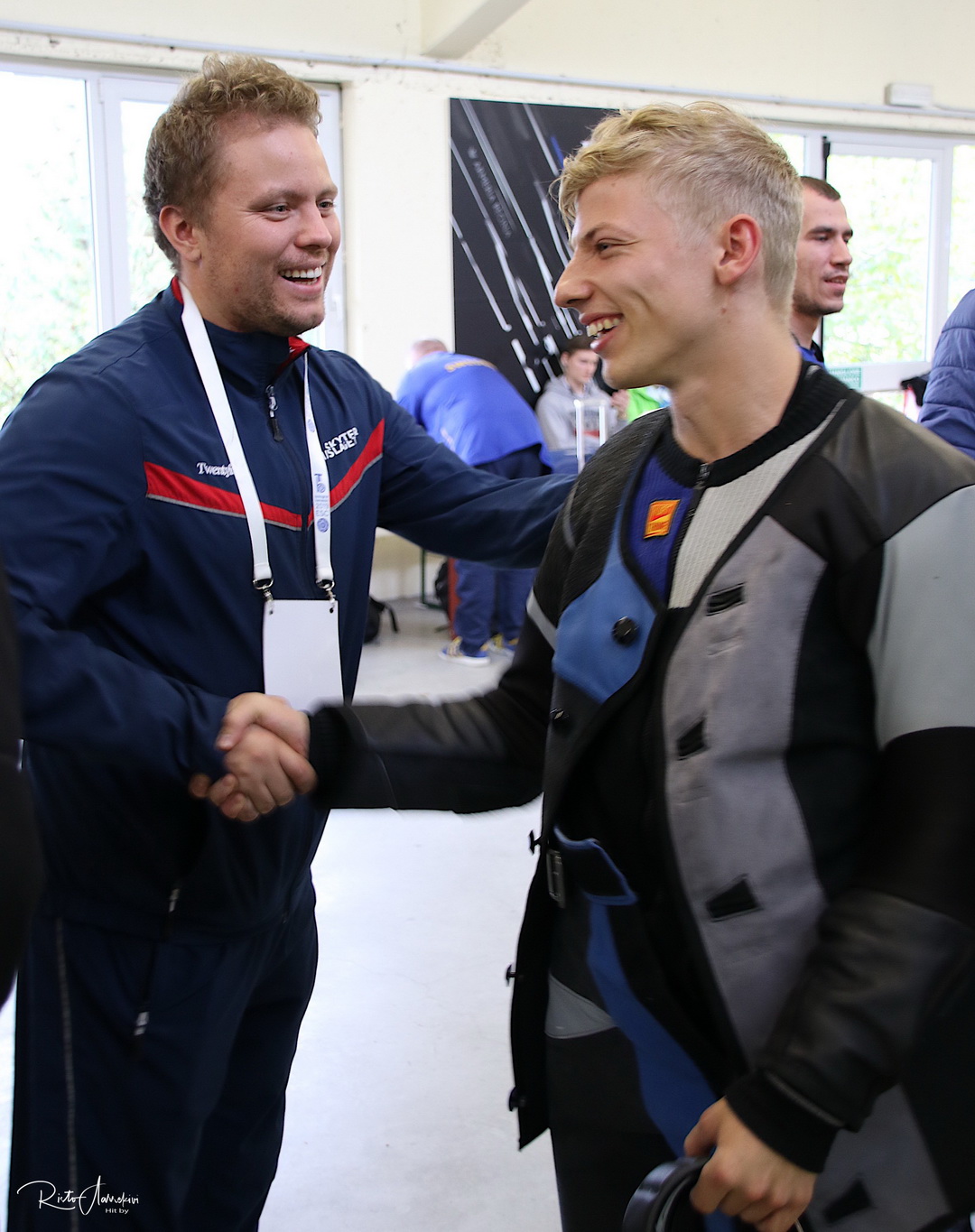 I haven’t ever been in this kind Championship, where the records look to be only paper.

"When I was shooting watched my scoreboard, I really thought that it is not working while nearly all the time it showed only tens. It was like in dreams", commentated World Record holder Michael D’Halluin when he was packing his ammunition.

Ten Men break or equal the Old World Record in one event may be also a World Record itself which could be informed perhaps to Guinness book! Anyway, that was cool! Tomorrow will have absolutely a top exciting competition when the 18 best of the Elimination will meet again.

Tomorrow is the last competition day when the 18 best men and women will compete the 300m Rifle 3 positions.