Victoria Larsson and Stefan Nilsson were a Golden couple 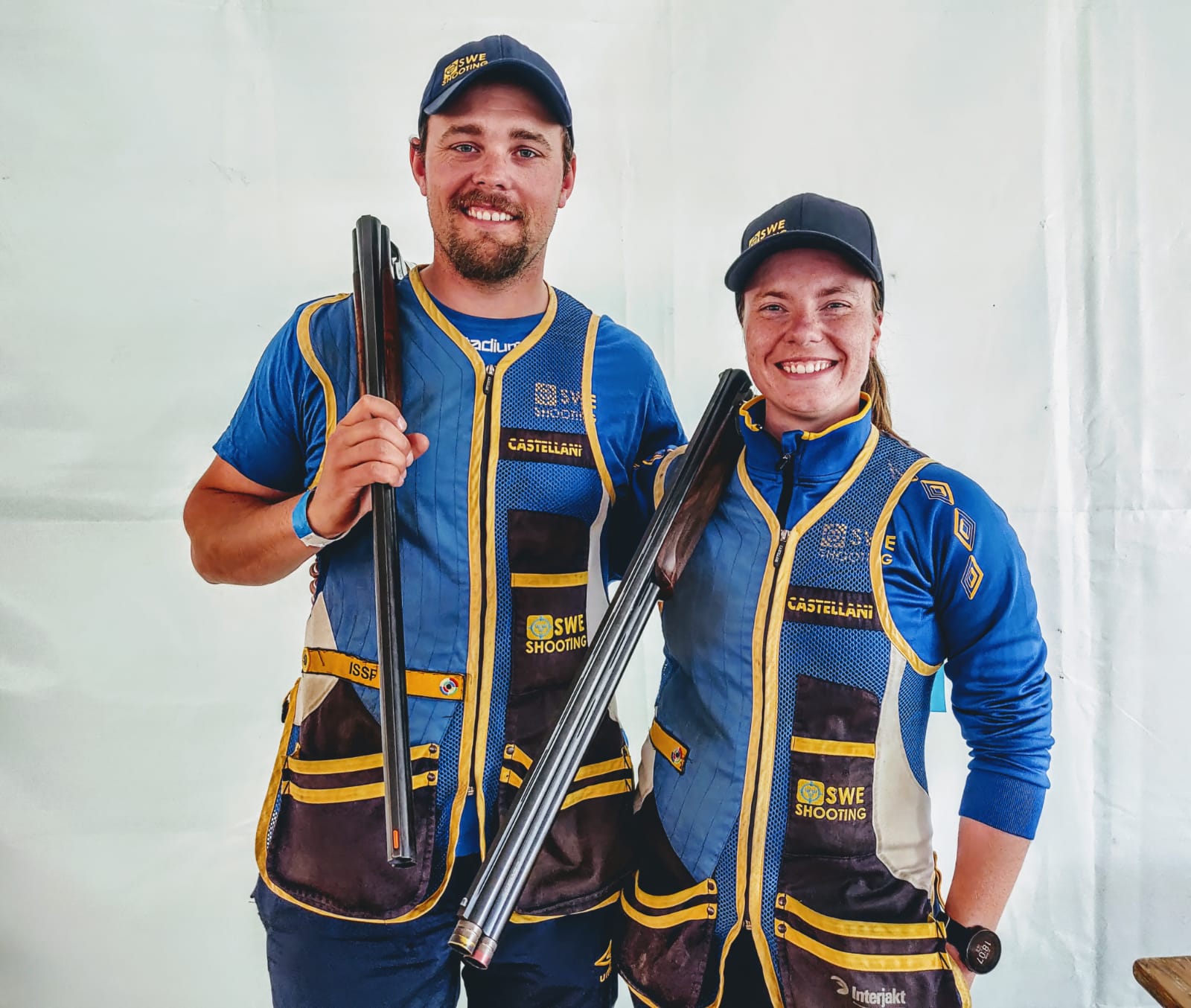 Under that combination in the nature it may be quite difficult to survey, it can be insidious for hiker. This time it was also difficult to pass for the other Teams in this time at the Final of Skeet Mixed Team. That influence came secret and took it all. Well, honestly I must say that it was at least hard for others. Czech team nearly defeated Swedish influence when they had the shoot-offs, but this time it was not enough and Team Sweden won the European Championship. Sweden won Championship after shoot-offs with one clay. At Qualification was it other way, Czech had one clay better result but it was in the Qualification. Result 33 (shoot-off 4 -3 for Sweden).

In the Bronze Match Italy 2 beat Germany 2 and won Bronze with result 35-32.

In the Mixed Team Junior Italy was stronger than Russian Federation and continued their strong and old tradition. Sara Bongini and Cristian Chilli was the happy team. The Italian team won with the difference of one clay. Result was 31-30 for Italy.

In Bronze match met Romania and Cyprus. Romania made a happy surprise by beating Cyprus which is one of the strongest Shotgun countries.

On Saturday Skeet athletes will continue with “normal” Team Competition.