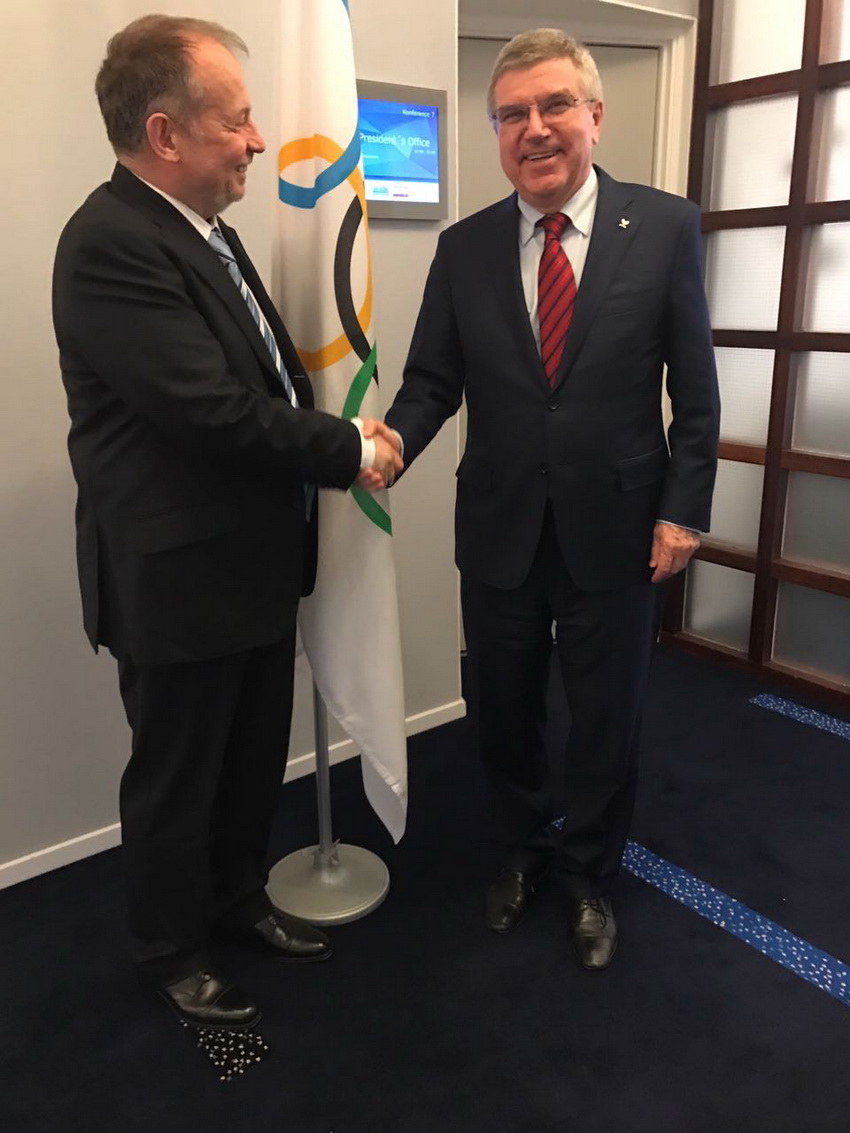 The IOC President confirmed that the ISSF proposals concerning the Olympic shooting program for the 2020 Olympic Games in Tokyo were well received and will be discussed by the IOC Olympic Programme Commission during its meeting on May 5th, 2017. Following that meeting the proposals will be presented for approval to the IOC Executive Board.

Mr. Vladimir Lisin followed this up with an additional meeting with Mr. Kit McConnell, the IOC Sports Director, who gave a high appreciation of the 10m Air Pistol and 10m Air Rifle Mixed Team competitions at the recent European Championship in Maribor, Slovenia, that were held in presence of the IOC representatives.

The ESC President will report on the details of these meetings with the IOC President and the IOC Sports Director at the next meeting of the ISSF Executive Committee.