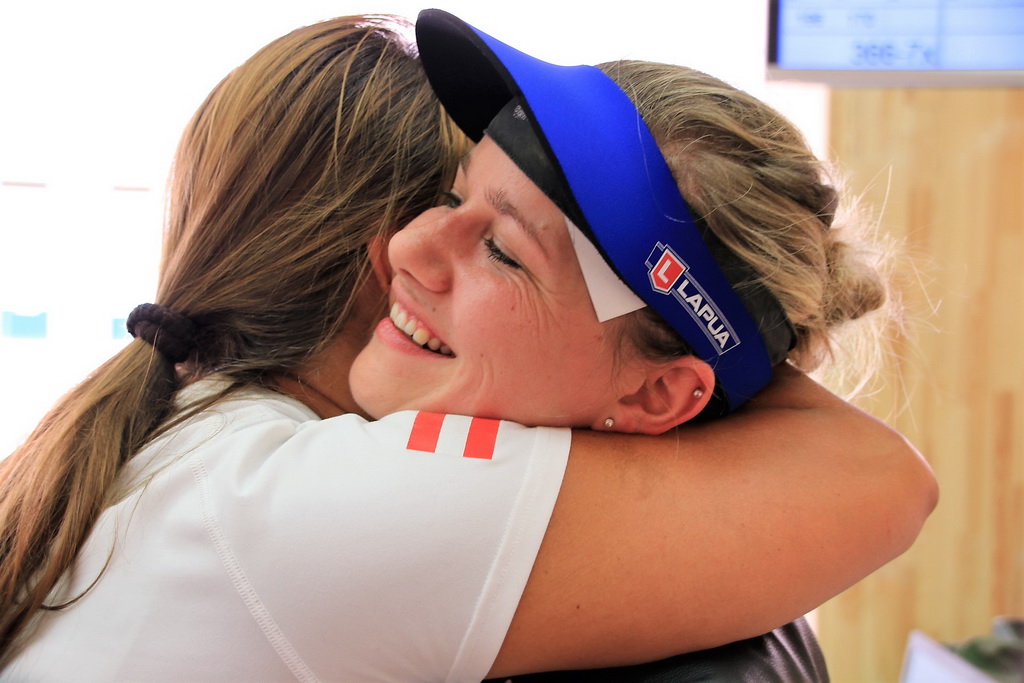 It was nearly same kind of gambling with wind in Women’s 3 position competition as in 300m Rifle Men Prone competition. The difference was that there was warmer as in men’s competition while sun was already high in the sky.

The winner was Austrian Franziska Peer, a familiar name from the medal list of 50m rifle competitions. Franziska has to change the place during the competition while “the plastic grass” in the 50m target place started to flap while it has settle slovenly over the targets which were lying on the ground. That could be Franziska luck while she won. Her kneeling was 193 as the prone too, standing result was 194.

“It was very difficult for me to shoot because I felt the wind very clear on my body and it mixed my concentration sometimes. Also I have to change my place and start preparing and shooting quickly again. The wind was not so heavy near by the wall as it was in the middle and probably it helped and made my shooting a little bit easier”, admitted tired “Franzi” Peer .

German Lisa Mueller shot well and won silver medal with result of 576 and she beat only with one point Norwegian Sina Busk (575).

The team competition was won with result of 1699 by team of Switzerland. The team consisted of Silvia Guignard Schnyder (574), Myriam Bruehwiler (565) and Andrean Bruehlmann (560). The silver medal travelled to Poland (1689) and bronze to Ukraine (1678).

Later this afternoon there will be competed new mixed team competition in 300m Rifle and the final of Skeet Women and Women Junior.