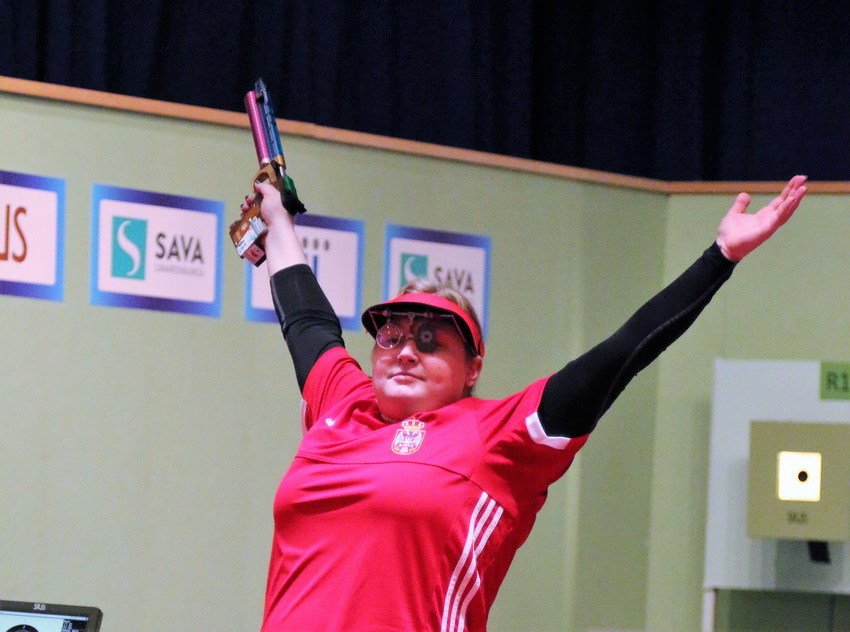 «I had a strong competition after the first two series. Also I did a good work in the Qualification. I didn’t fall in any moment. I was maintaining high level also in Finals. I did the same in Qualification round and in Finals too. I decided to take one shot in time, not thinking in advance anything or look what the others are doing. I did only my own shooting. I stepped in time. I did same result as I have done at training during the two-three months. During that time I had some difficulties and I’m happy that I managed to solve them and the result was that I could do a good set today and the result was perfect», summed Arunovic together her last competition moment.

Her winning result 246.9 is s new World and European record being superior. Ukrainian Olena Kostevych shot after Arunovic to the silver. Arunovic beat Kostevych with the difference of 7.4 points. Bronze medal winner was Sonia Franquet from Spain who started strongly but could not keep her level until the end.

In the team competition the strongest was Serbia as well, ahead Germany and Russian Federation. Serbia’s winning result was 1145. The Serbian team consisted of Zorana Arunovic, Bobana Velickovic and Jasmina Milovanovic.