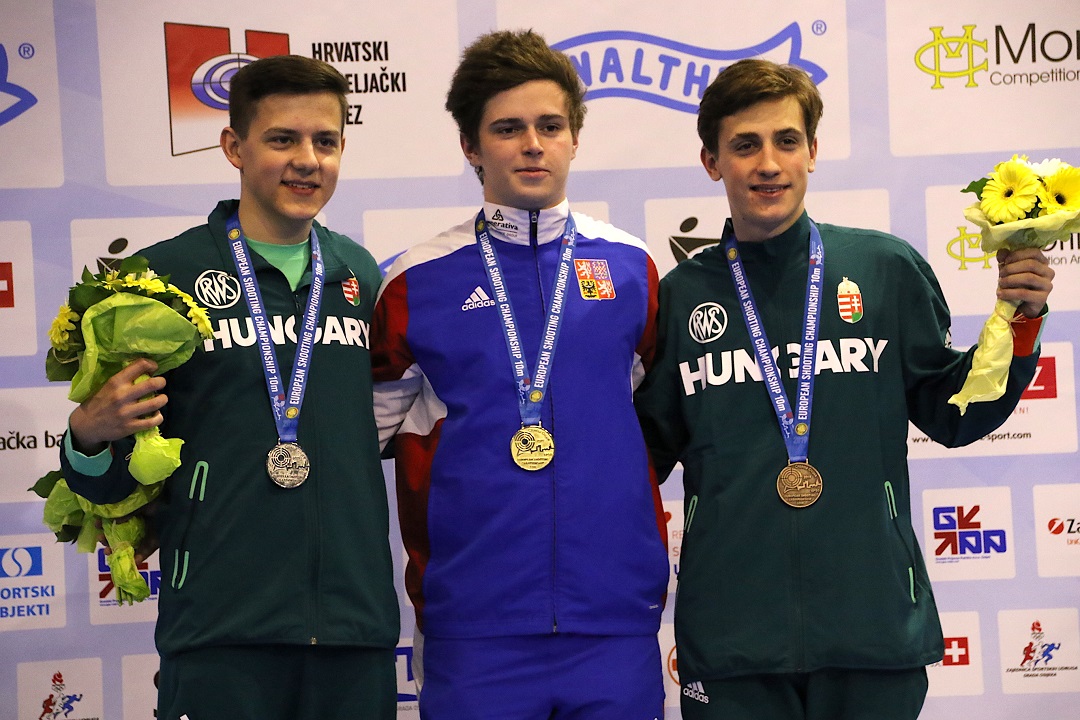 The 10m Air Rifle Men Junior was nearly a monology of Czech Filip Nepejchal. His shooting was so brilliant that you seldom can see such. He ruled the whole final and made finally a new European record Juniors. It is now 252.0! Splendid!

The winner of bronze medal Marton Klenczner comes also from Hungary. The performance of the Hungarian young rifle shooters were excellent, while Ferenc Toeroek was sixth!

"Well, the feeling is now relaxed and happy. You couldn´t perheaps see how nervous I was but I new all the time the situation and the excitment inside me came all the time bigger and stronger. I have had good flow during this spring and I wished that It can continued here also and in to the end of the final. Well, it did", told new record holder Nepejchal.