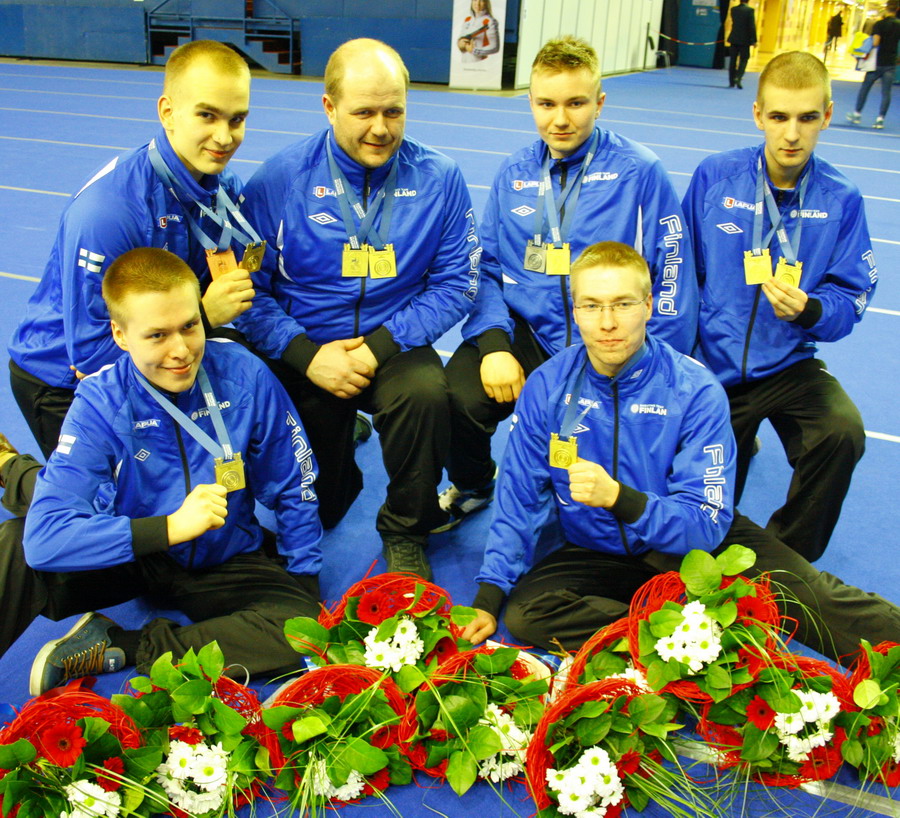 The Winner Heikki Lähdekorpi won his first European Championship with the result of 379 (189+ 190).

“This is great. I won the gold with a good result. I can shoot better, it was my third best result during this season. I had a little flue and even fever, but it didn’t disturb me”, explained the new champion.

In the team competition Finland was superior by winning and beat the team Ukraine by 48 points. The winning result was 1121. The team Finland consisted of Heikki Lähdekorpi (397), Mika Kinisjärvi (371) and Jani Suoranta (371). Ukraine won silver with result 1073 and beat bronze medallist team Armenia (1072 by one point only.

We can say “Finns again!” while on highest podium of RT Men Mixed climbed up also an athlete from Finland. It was the turn of Krister Holmberg to win. Krister has been for a year on the top of Running Target.

“These Championships will always make me training and get my blood running. I will show juniors how to train and shoot with good result. Shooting was quite okay and I could concentrate on the second half. I finished my competition even to three tens”, laughed 41-years old Holmberg