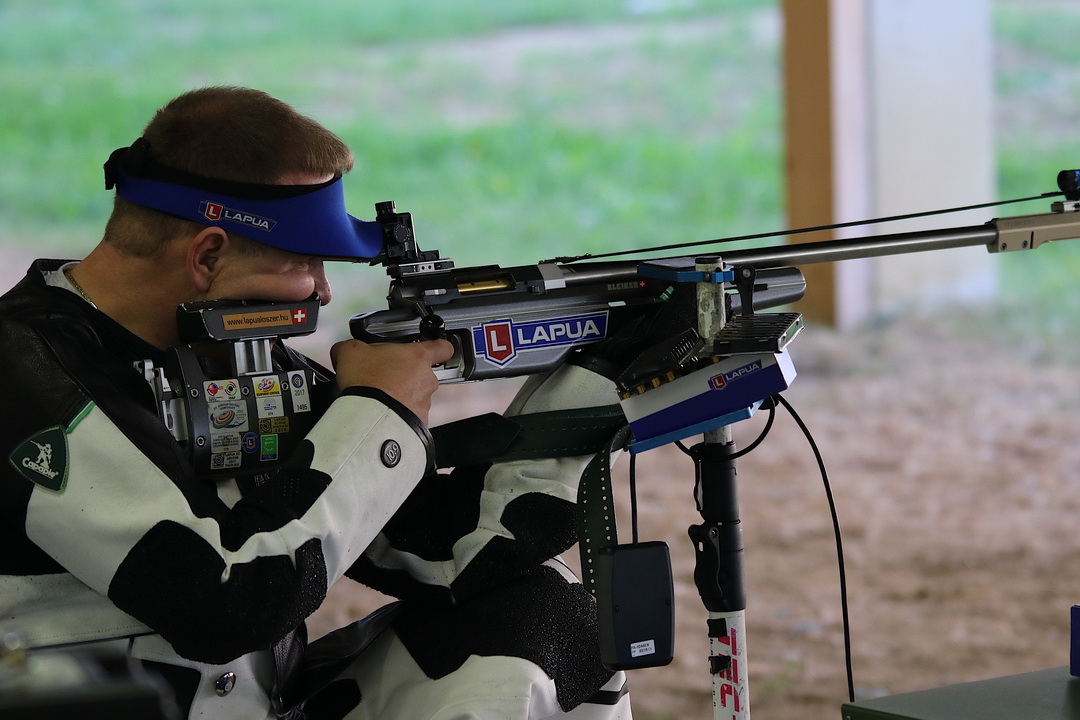 After the kneeling Swiss Gilles Dufaux was leading by shooting 200 and in Prone he shot 199. In the standing position he couldn’t find his best and Swedish Olsson, Norwegian Claussen and Hungarian Peter Sidi passed him. Peter Sidi was finally crowned the owner of the Lapua 2400€ check.

"I got a new tube to the top of the barrel, while in the European Championship I had an accident because of the material problem Now, after that, it was very easy to shoot in this marvelous shooting range. It was also nice light and did what I can do. It was not so easy like it looked, but I didn’t make any big mistakes this time and that’s it", told Peter Sidi who had just beat the European medalists Simon Claussen and Karl Olsson.

Châteauroux a diamond among the Shooting Ranges

The Lapua European Cup 25-300m Finals started in Châteauroux France. You can find the range for nearly every shooting discipline and all the pistol and rifle ranges are equipped with Sius Ascor Electronic Scoring Targets. There are not only ranges for 10m, 25m, 50m, 300m, but there is ranges for 200m and 600m and also five Skeet and Trap ranges, Running Target Ranges, IPSC etc.

Chatêauroux was before a military base for US Air forces, but French Federation bought the 90 hectare area and built modern shooting range with 30 million euro. Now, this two years old centre is in full speed and couple week before the Lapua European Cup the French National Championship were organized in Chatêauroux. There was over 3000 participants. During May 2020 the European Shotgun Championship will be organized in Chatêauxroux.

"Unfortunately we can’t use this in 2024 Olympic Games while according the Olympic Guidelines and Rules the journey to venue from the Athletes Village can’t take more than one hour. We have now started the Project for building the 2024 Olympic Ranges. We have the need for those, and we would like to keep them after the Olympics, not build any temporary ranges", explained Tony Amengual, the chief of communication FFTir.