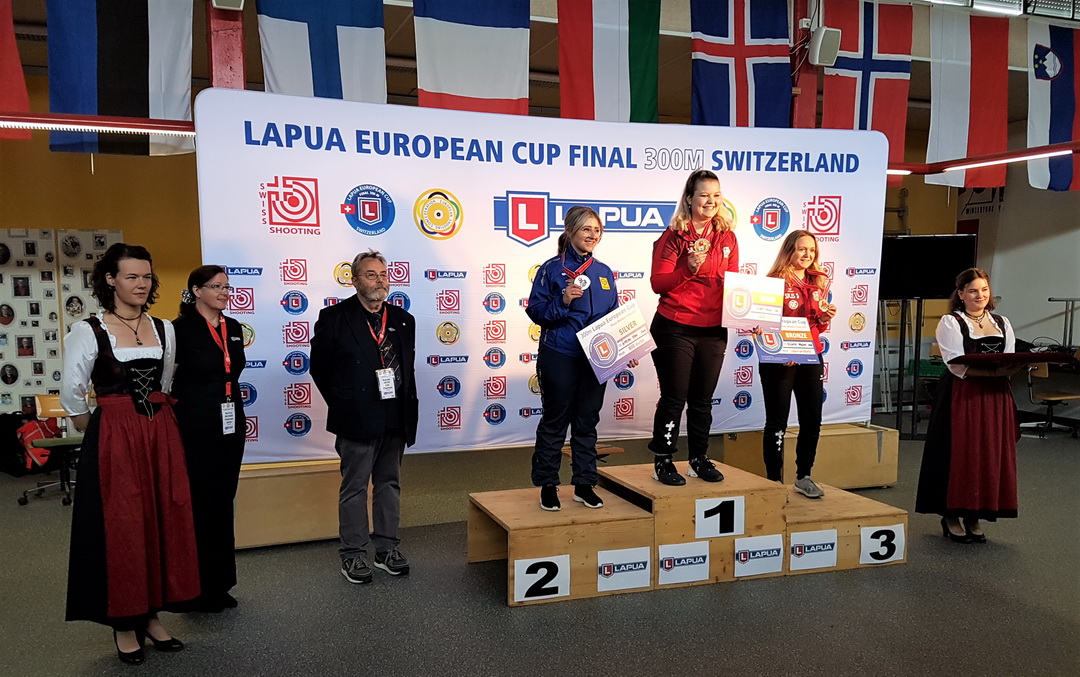 Three best women finished their Prone competition with the same result. The result was 594. So, then it was the turn to check the inner tens. The winner of the 300m Rifle Prone Women was finally Anja Senti from hosting country Switzerland. Senti shot 34 inner tens. Silver winner Swedish Elin Åhlin made 33 inner tens. Swiss Muriel Züger was third Bronze with same result but she had 24 inner tens.

Austrian Bernhard Pickl climbed today to the highest podium by winning the 300m Rifle Prone. He shot result 597 and won Gold with the difference of three points before Slovenian Robert Markoja (594). Pickl’s teammate Gernot Rumbler who was also on podium yesterday was the third with result 593. Rumpler won Bronze before Danish Karsten Brandt with the difference of inner tens, 25-24.

The 2022 Lapua European Cup 25m/300m competition schedule will be confirmed officially in October.